Skip to content
How did Vodafone Idea lost 2.3 million Subscribers 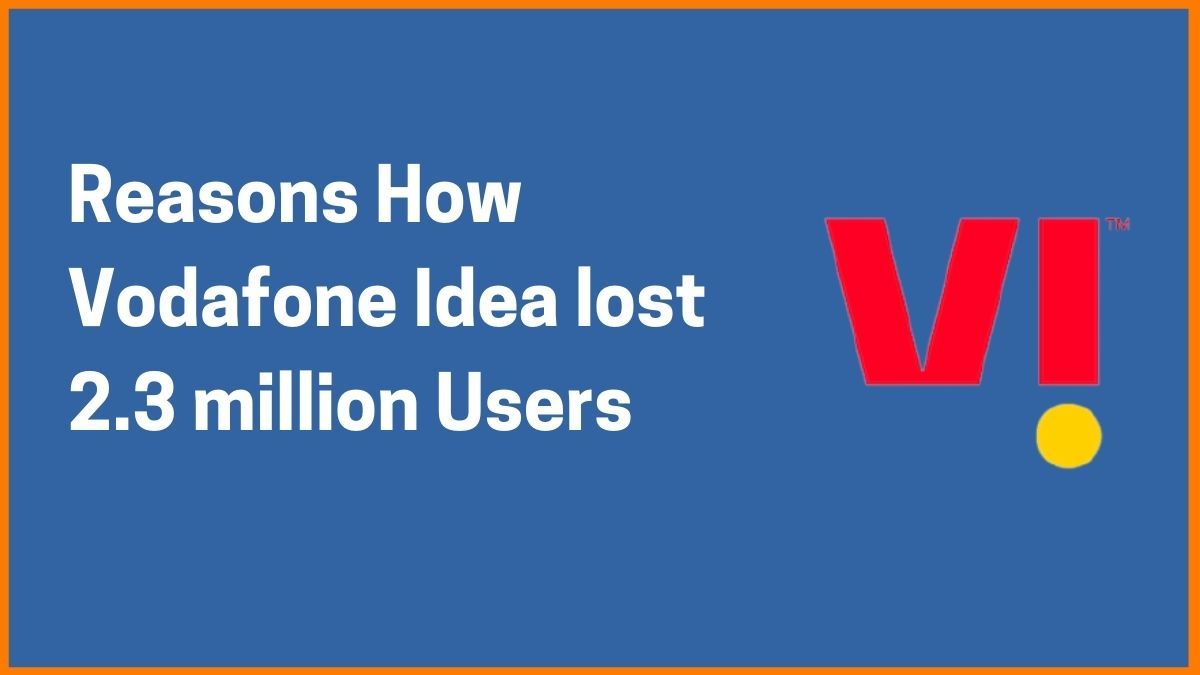 A report published by TRAI in January 2021, earlier said that the Telecom company Vi had added more subscribers to their user base but the most recent news suggests that the company has lost around 2.3 million users in their user base. Let’s look at the reasons for the changes in data.

In the year 2018 Vodafone India and Idea cellular underwent a merger and the company was called as Vodafone Idea Limited. Currently, Vodafone holds a 45.1% stake in the company and Ravinder Takkar is the current CEO of the company.

In September 2020 the company had formed a new brand called as Vi. This is a combined brand of the two entities Vodafone India and Idea Cellular. The aim was to build a unified brand from two different companies.

After the merger in August 2020 Vi had lost a significant number of gross and active subscribers. Vodafone and Idea operated as two different entities until September 2020.

Vi also provides services such as IoT, Mobile payments, entertainment, and enterprise offerings. The services are accessible through both digital mediums and retail outlets across the country. Vi has a distribution reach of 1.7 million retail outlets and a broadband network of 340,000 sites.

In the mobile network services, Vi offers 2G, 4G, 4G+, VoLTE, and VoWiFi services across Pan India. Vi provides Wi-Fi and hotspot services in major cities across the country which include Bangalore, Mumbai, and Pune with more than 200 locations.

According to the report of the Telecom Authority of India (TRAI) in January 2021, Vi had an active user base of 256.3 million which is 89.63 percent of their total users.

The company Vodafone Idea has acknowledged earlier about its error in the numbers provided to Telecom Authority of India (TRAI) that the company had added 1.7 million subscribers in the month of January 2021.

TRAI had examined through the numbers and identified that it was a non-intentional error that was not done through a deliberate planning. TRAI confirmed that the error had taken place by mistake.

Vi had sent the correct numbers to TRAI. Vi had noted on its website saying that they had found an unintentional error on their subscriber data for January 2021 which was submitted to TRAI. They also said that they had corrected the error and had reported the revised data to the Telecom Regulatory Authority of India (TRAI).

As per the corrected figures of the Telecom Regulatory Authority of India Vi had lost 2.3 million wireless users in the month of January 2021. Whereas its competitors Airtel gained 5.9 million subscribers and Reliance Jio had gained 2 million subscribers.

The Telecom Regulatory Authority of India (TRAI) considers the company as two separate entities in its portals for My Calls and MySpeed even after the merger of both Vodafone India and Idea Cellular.

Rohan Oza, an american businessman and investor believes that Vodafone will survive. “It is unlikely that the company will go bust, as it is in the interest of the government to continue with three players in the market.

What is the future of Vodafone idea?

As reporyed by Goldman sachs, Vodafone Idea could potentially save ₹58 billion (5,800 crore) in cash flows annually if the AGR liability were lowered to its self-assessed value.

Is Vodafone shutting down in India?

Vi has been rolling out various strategies and campaigns to capture the market to increase its subscriber base. We will have to wait and see what is going to happen in the future regarding the increase or decrease of Vi’s subscriber base.